Military air bases are the hub to deploy air forces of the country. They are critical assets which need to be fully secured, outside and inside the perimeter site. Such critical site can be the target of potential attacks by terrorists or professional criminal organizations. Long-range optronics sensors such as the HGH SPYNEL® 360 thermal imaging cameras ensure high end detection, tracking and classification of any threats, from intruders to small animals. UAV intrusion is also a growing concern. SPYNEL is the eye of the base to proactively react in case of a symmetrical or asymmetrical attack.

Download our case study on military air base surveillance

Air surveillance radars are common equipment of the base used for air traffic monitoring. Such radars are especially sensitive to interferences which can be generated by high perimeter fences or other active detection systems. Passive technology for intrusion detection sensors is hence paramount to avoid radar disturbance. With their automatic multiple threat detection at long-range and fast deployment capabilities, SPYNEL® thermal imaging cameras are a passive detection solution to ensure the 24/7 surveillance of military air bases.

Usually installed on the control tower of the air base, SPYNEL IR camera is used to scan the site at 360° in real-time. Real-time visualization coupled with classification feature facilitate the understanding of the situation. It makes it easy to distinguish wildlife from intruders with a very low false alarm rate guaranteed.

The whole perimetric fence cannot be monitored continuously against potential attacks by one PTZ camera. A PTZ camera watches in a certain direction, limited by its field of view. Alternatively several tens of PTZ cameras could be necessary to fully secure the perimeter, which drastically increase number of security cameras, infrastructure costs and add complexity of surveillance system. With SPYNEL and its panoramic stream, one single sensor can detect and track simultaneous targets. It gives valuable information on the location of the target and potential caused damages. All tracks are recorded and can be used as evidence.

As a standalone system or being part of a complete surveillance solution, HGH SPYNEL thermal sensors enhance situational awareness of the military air base far beyond the perimeter. Keep your base safe with SPYNEL. 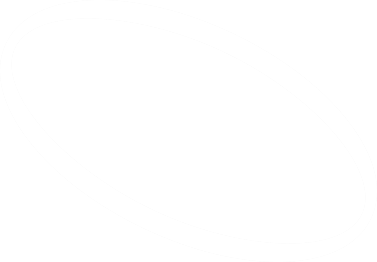 Full surveillance of the site before and after the fence

Panoramic detection system with human detection range up to 6km