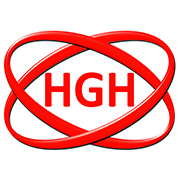 Do you find it difficult to obtain 24/7 reliable surveillance at sea?

At sea, the area to protect is very wide, and the threats take many forms: some boats, like wooden boats, skiffs or RHIBs used by pirates are undetectable by radars. Asymmetric threats, like UAVs, are increasingly threatening.

The challenges of sea surveillance take many forms as well: a surveillance camera must deal with image stabilization despite the waves, and make sure solar reflections do not create false alarms. Surveillance provided by a radar can be subject to false alarms as well because of the sea clutter, creating interferences. Finally, a surveillance sensor must be rugged enough to deal with the harsh and corrosive environment of the open sea.

was designed to address these challenges! 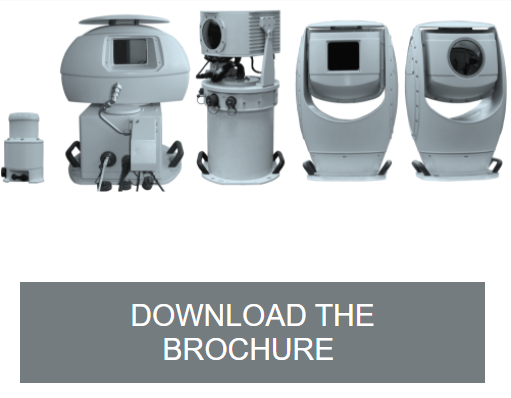 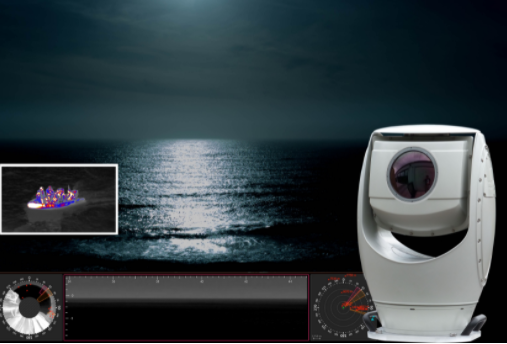 The SPYNEL camera and its integrated tracking software CYCLOPE provide the most reliable situational awareness 24/7 and are ready for any maritime mission scenario.

The thermal sensor can successfully operate in total darkness at a very high sea state level, thanks to a unique innovative optomechanical and digital stabilization. With CYCLOPE’s powerful image processing, the false alarm rate is very low despite the waves, the vibrations and the solar glare.

A technology adapted to the most difficult conditions: The 5 models of thermal sensors are provided with anti-corrosion painting and a water sprinkler to clean the seawater out of the lens of the camera.

SPYNEL cameras are the most reliable. For proof, the SPYNEL sensors delivered to the French Navy almost ten years ago are still operational.

« SPYNEL 360° has become part of the must-have security equipment based on thermal imaging technology to detect asymmetric threats. Thanks to an effective detection of UAVs, security is ensured on warships and privacy is protected on SuperYachts. »

Since September, SPYNEL has been under the spotlight at two significant shows in the maritime sector: Euronaval and the Monaco Yacht Show. SPYNEL ensure the security of all types of ships, from warships to SuperYachts. DISCOVER ALL APPLICATIONS…

Three new warships of a world leading shipyard will be equipped with the latest generation of SPYNEL panoramic thermal cameras. In a context of maritimization of the global economy, HGH Infrared Systems affirms its leadership position in the field of security optronics for wide area surveillance.